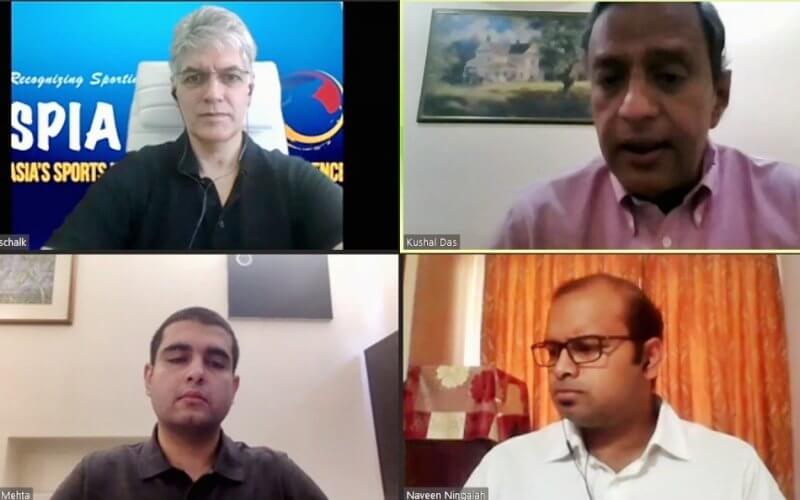 NEW DELHI: All India Football Federation General Secretary Mr. Kushal Das stated that all stays on track at the five venues which are slated to host the FIFA U-17 Women’s World Cup India 2020.

Speaking in a webinar arranged by Sports Industry Awards (SPIA) Asia entitled ‘Sports Industry in India – today, the General Secretary said: “These are unforeseen circumstances, and there have been some setbacks. But three of the five venues had already hosted the U-17 FIFA World Cup in 2017 and they do not require much changes.”

“Among the other two venues – at Bhubaneswar and Ahmedabad -- most of the work is on schedule. In Odisha, we have been working closely with the State Government, and also in Ahmedabad. We are quite hopeful that the venues will be ready in time,” he continued.

Mr. Das also went on to mention that the preparatory activities for the U-17 probables would start soon.

“Right now our coach is back in Sweden, while the players are back at their respective residences. There are some travel restrictions but we are working on how and when we can safely restart the camp.”

🗣️ Thomas Dennerby: The girls are starving to get back out on the pitch. We are all waiting for the moment when we can get together to train again 🙌#BackTheBlue 💙 #ShePower 👧 #IndianFootball ⚽ pic.twitter.com/7J3jBqVhVQ

“The coach is quite hopeful because this is a situation that every team facing. So we are all on a level playing field,” he said. “We had a number of exposure tours planned for the team but we will have to revisit those plans.”

While there have been challenges in many sectors due to the COVID-19 lockdown, Mr Das believes that this time has shown the world of sports the way for digitisation, as a number of seminars and courses have been held online.

“There have been travel issues and people have been practising social distancing. But we have seen that a lot of things can be done online,” said Mr Das. “We have helped SAI (Sports Authority of India) organise a coaching course which was attended by around 1,000 coaches from across the country.

“I don’t think so many coaches would have been able to join had it not been an online discipline,” he continued. “We had our Head of Coach Education Savio (Madeira), Senior Men’s Team Head Coach Igor (Stimac), Technical Director Doru, and even Croatia World Cup coach (Zlatko) Dalic instructing the coaches.”

News ATK-MB is a very significant merger for both clubs...